Have you ever checked the VRAM of your PC? Do you find your system buffering very slow when you are at the edge of a high-quality game? The storage of your operating system during the current working condition is defined by random access memory or RAM. Although it is volatile and a temporary storage destination, RAM is essential for a computer or digital device to function. A version of dynamic RAM is called VRAM, which is the lifeline of all the graphical display that flashes across your monitor or screen, essential for a high-quality video game.

Learn more about VRAM to solve the buffering issues:

VRAM is Video RAM or frame buffer that stores graphical data running on your system. It is placed on your computer’s video card and supports the GPU or Graphical Processing Unit.  The introduction of VRAM helped in the popularity of the Graphical User Interface (GUI).

VRAM functions as a frame buffer between the processor and the display. The data is read as bits from row arrays stored using the DRAM dual port. VRAM copies these arrays in the buffer, and the controller creates display objects using this data. The data is sent in digital form through the HDMI or DVI port to the display monitor. The dual-port has now largely got replaced by a single port.

Have you ever considered the VRAM capacity of any system while buying? If you are in the category of doing even a little bit of gaming or use graphical applications, then you would have. Like other memories and specs, the higher the VRAM in the model, the better is the performance of the system. It is true that the requirement of VRAM increases if you use the system for games with more powerful graphics. For example, a 4K game of high-level quality essentially requires higher VRAM, like 12 GB.

It is necessary for working with 3D structures or design programs. Even though video processing is possible without graphics card by using system RAM, VRAM is more suited for applications that support graphics like Adobe Photoshop, 3D modeling, software like CAD, etc.

VRAM is also an ideal spec to look at if you prefer images with very high resolutions because if the VRAM is not high enough, the graphical data flow to the system RAM and the pictures lose their quality. If you need to add high texture to the high-end graphics that you are using, VRAM helps you.

Not just visual boosting, VRAM can also improve the performance of the system while loading and displaying. A higher VRAM helps in loading sophisticated or complex images and 3D objects faster, leading to faster performance. It can store four types of graphical data:

Shading that are small programs that calculate pixel colors and vertex positions.

Textures are bitmap images of data or visuals of object surfaces in compressed or uncompressed form. These data are used as inputs by fragment shaders.

Vertex Buffering is the floating data of images used as input by vertex shaders for non-immediate-mode.

Index Buffering is an array of integers that represent the linking of vertex buffers into triangles to form a 3D image.

How to increase the VRAM in Windows 10 through BIOS?

With a higher memory for graphical data, your system will perform better and faster while buffering and loading high-definition videos, 3D objects, games, and video editors. Take a look at the following three steps to increase the VRAM in your PC with Windows 10:

How to select the VRAM for your system?

Before deciding the VRAM spec, go through the various levels of VRAM and select the suitable level for your system:

EDO DRAM: Extended Data Out DRAM allows timing overlap between each cycle of accessing new data. It is a modified version of Fast Page Mode memory.

RDRAM: Rambus DRAM has a bus designed by the manufacturer to increase the speed of the flow of data between the frame buffer and the VRAM.

SGRAM: Synchronous Graphics RAM is clock-synchronized and modifies data by masked writing in one operation instead of multiple sequenced processes of reading, updating, and writing. It costs less and has a single port. SGRAM has the advantage of working like a dual-port memory by opening two memory pages instead of a single page at a time.

MDRAM: Multibank DRAM enables your system to access individual DRAM units by dividing the memory into small banks to use them. Each bank consists of 32 kilobytes, and if own banks are accessed at the time of operation, your system performs well in displaying the image data. An essential aspect of MDRAM is that you can purchase graphics cards that are made with just the particular specifications as required and not any random higher levels of many gigabytes.

WRAM: If you want your system to read and use data for text drawing or block fills, Windows RAM will do that. It is a level with very high performance and has dual ports and more bandwidth that is almost 25% more than the normal VRAM. WRAM is a right choice if you want to work in pixels as high as 1600×1200 or higher in actual color.

It doesn’t make sense if you purchase a system with a spec that focuses on high VRAM, just at the thought of the high performance. Opt for specifications focusing on VRAM only if the applications intended for your system revolves around handling high-resolution graphics. For moderate levels of image data, the system RAM is able to give you reasonably good performance.

When the gaming world is fast revolutionizing in complexity and objects, you can quickly notice the VRAM specifications recommended by the game launchers. For example, the game ‘Rise of the Tomb Raider’ runs on a VRAM of at least 2 GB.

You can check the video memory that an application is using while you work on it. If the game is not supported by the current level of the graphics card and an update is essential, chose the graphics card with the necessarily recommended memory. By selecting the VRAM with the right memory capacity, you can also cut down on your purchasing money. 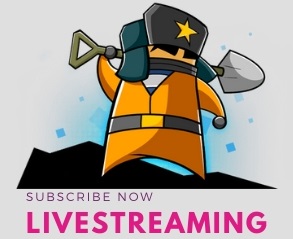 How To Keep Your Computer Awake Without Touching The Mouse: 2 Solutions For Windows

Atomic - October 15, 2019 0
You are not the only one to get irritated when the computer or laptop screen dims or falls asleep while watching a movie, keeping...

Easiest Way On How to Set Up 144Hz Monitor

How Much Storage Do I Need for Gaming? Things You Must...